Manchester United out of the Champions League

Atletico Madrid eliminated Manchester United from the Champions League round of 16 with a 1-0 win at Old Trafford on Tuesday. After a late stalemate in the first leg last month, Diego Simeone’s team triumphed 2-1 on aggregate thanks to Renan Lodi’s goal right before halftime. United’s trophy drought will almost definitely extend to five

For the first time in ten days, Arsenal FC are back in English Premier League action as they travel to Vicarage Road to face struggling Watford on Sunday. The Hornets managed to hold Manchester United to a goalless draw last time out, while Mikel Arteta’s side left it late to sink Wolverhampton Wanderers 2-1. Watford

Best uncapped footballers of all time

Winning an international trophy is the pinnacle of success for a football player. The pride and passion that players exude when they wear the national kit cannot be replicated anywhere else. You may win 5 Champions League, but it will never even come close to winning a World Cup for your country. Such is the

Gareth Bale: The unsung hero of the Los Blancos

After the La Liga match against Villareal, Real Madrid boss Carlo Ancelotti confirmed that Gareth Bale would leave Santiago Bernabeu when his current deal ends. He made his first Real appearance in almost six months against Villarreal following an injury-hit season. Bale has suffered from injuries and coronavirus since returning to Spain after a season-long

Brand finance research indicates that brands are overpaying for football sponsorship, while others are getting value for money. From a sponsorship perspective, the football industry is becoming more attractive to the corporate world, with major competitions such as the UEFA Champions League and FIFA World Cup offering a wide audience and high visibility. Increasingly, brands

Twenty years ago, Senegal’s golden generation of players, including ex-Liverpool star, El-Hadji Diouf, lost the Africa Cup of Nations crown to Cameroon. Aliou Cisse, who now coaches the squad, missed the game-winning penalty kick in the penalty shootout as Cameroon won its second AFCON title in a row in Mali. Months later, the Teranga Lions

AFCON: Top performers till the Round of 16

The Africa Cup of Nations quarterfinals starts on Friday when Gambia lock horns with Cameroon, the hosts. The tournament produced many shocking results from the group stages and in the Round of 16. The current champions Algeria was shockingly knocked out in the group stages, and Ivory Coast lost to Eygpt in the Round of

Who will make it through the quarter finals of the Champions League?

We saw big clubs like FC Barcelona, Dortmund and Atlanta getting eliminated in the group stage of the competition. Makes everyone wonder what will happen in the later stages. As the Round of 16 begins in less than a month there are few interesting ties to watch out for. Just like the past years this

The fight is not for life, but for the brand. Liverpool legal war

“Nothing lasts forever under the moon,” wrote the great English playwright in the 16th century. In this regard, the football world is no exception. Like the development of public life in a country, the struggle of European clubs is also undergoing significant changes. Moreover, in recent years, the controversy is not at all limited to the framework of 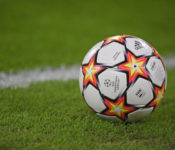 River stumble as Cruzeiro but fly high in table prove